One of the best-known Roman structures that still exists outside of Rome itself is the long defensive wall that snakes from the Solway Firth to Newcastle across the north of England: Hadrian’s Wall.  Just south of the wall, in Northumberland, the remains of a Roman fort are being uncovered.  Vindolanda’s story is ever-evolving: each summer a team of archaeologists and volunteers uncover more of the fort, discovering buried structures and artefacts that continue to enrich our knowledge of this amazing site.  The most precious of all things found at Vindolanda – miraculously preserved due to the damp nature of much of the site – are the little wooden tablets with their written accounts of life on the Roman Empire’s northernmost frontier. 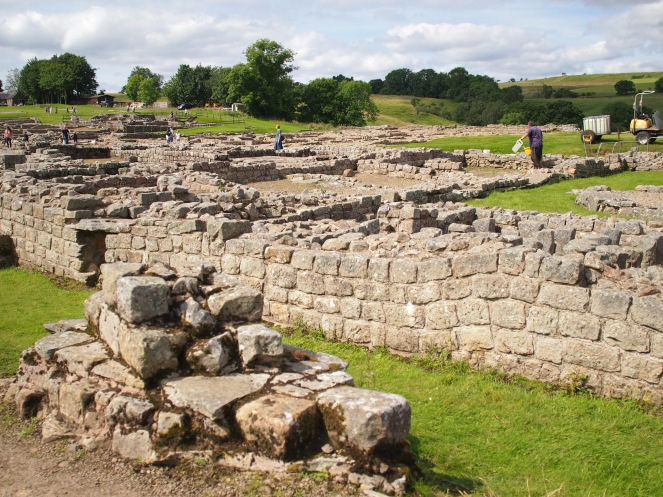