Most of the grand mausolea we see in Victorian cemeteries are private spaces, accessible only to the families of those interred within or blocked off and sealed forever to keep vandals out.  However, today we are visiting a mausoleum with an unusual story attached to it: one where its doors are occasionally opened and where visitors can view the coffins and memorials within.  This might seem like a strange thing to do, even an intrusion, but the man who commissioned the mausoleum regularly visited it himself while he was still alive, and today the mausoleum’s well-preserved interior serves as a testament to the affection in which he held his young mistress.

END_OF_DOCUMENT_TOKEN_TO_BE_REPLACED

Among the smart suburban homes of Twickenham is a very strange house.  Gleaming white walls, battlements, Gothic pinnacles and a round tower stand out against more restrained neighbours. Strawberry Hill House, home of the eccentric man of letters Horace Walpole during the second half of the 18th Century, is arguably the birthplace not only of the Gothic revival, but also of the Gothic novel.   I visited Strawberry Hill on a very gloomy Saturday afternoon, which didn’t really do the house’s bright white walls justice, but the house had only reopened a few weeks earlier after an extensive restoration and despite the grey weather the house was clean and jewel-bright – and quite possibly one of the oddest homes I’ve ever visited.

END_OF_DOCUMENT_TOKEN_TO_BE_REPLACED

The River Thames has long attracted artists, and today many of them have made their home on Eel Pie Island in Twickenham.  This narrow island, also known as Twickenham Ait, is only accessible by boat or footbridge and is not usually open to the public.  However, twice each year the artists of the island hold an open studios weekend where members of the public can visit the island and purchase the work of the artists who have studios there. 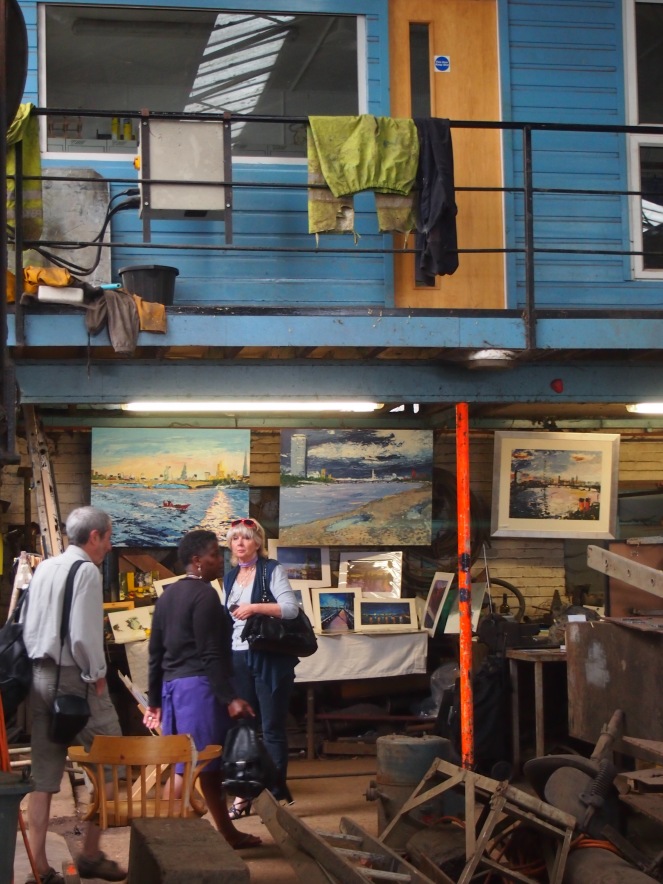