The vast cemetery at Putney Vale in south-west London seems an unlikely last resting place for one of the men involved in Russia’s revolutions of 1917, but close to the back wall of the cemetery, shaded by the trees of Wimbledon Common, two bright white Orthodox crosses mark the graves of Russia’s first post-tsarist leader, Alexander Kerensky, and members of his family. Kerensky’s burial at Putney Vale would be understandable enough if he had spent his last years in London, but he spent the majority of his long exile in the United States. A strange drama played out after his death that saw his body rejected by several churches before a burial place was finally found for him in London. 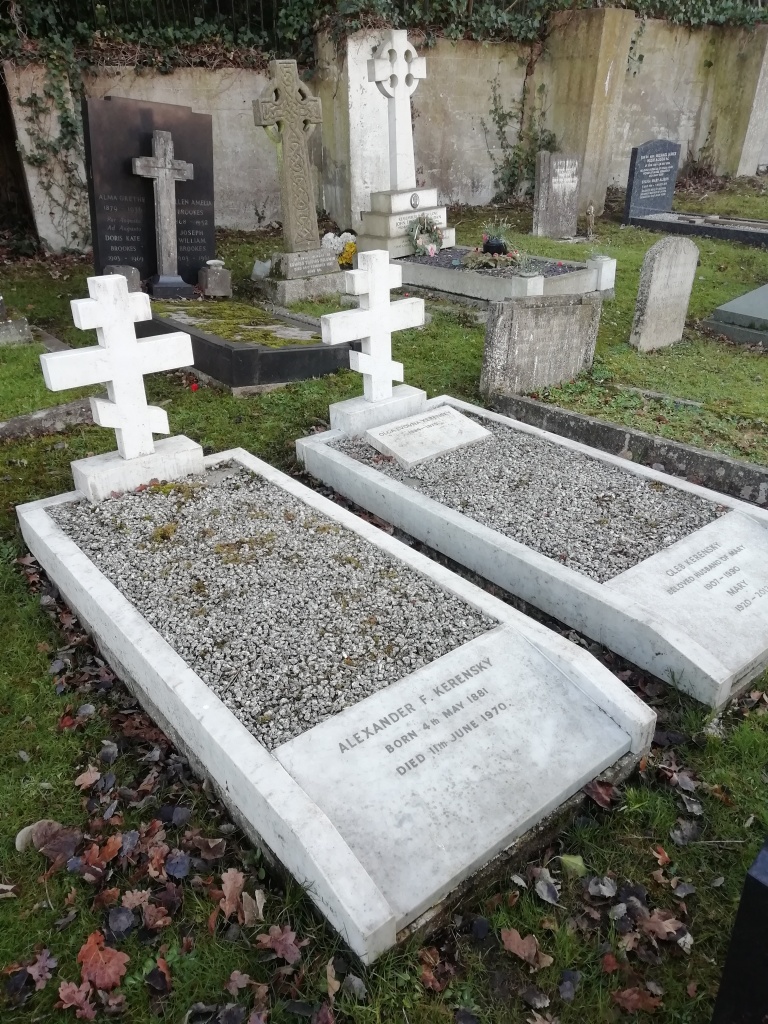