As a native of Lancashire, I always return to my hometown of Preston to visit my family at Christmas, and one bright Sunday morning I visited the nearby village of Ribchester, probably best known as an old Roman fort. I often visited this place as a child, as there was (and still is) an excellent children’s playground there. We would also inevitably visit the ruins of the Roman bath house, which were not fenced off and to a small child presented an exciting labyrinth of tumbled stones and low walls to clamber over. In Roman times, Ribchester was called Bremetenacum Veteranorum – a possible translation of this is “the hilltop settlement of the veterans.” Some ruins of the fort, including the bath house and granaries, can still be seen today, and many buildings in the village are built with reused Roman stones and columns. 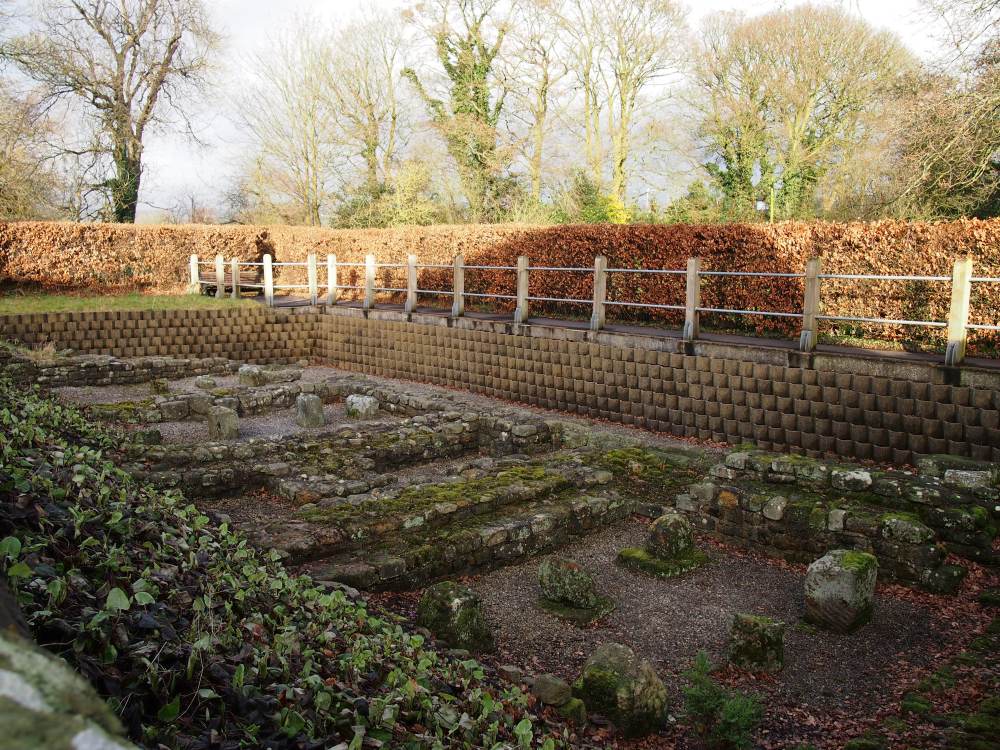